With the French Open taking center stage in the tennis world for May and June, it’s the perfect time to take a deep dive into how tennis has embraced sports betting and where the market is going. Tennis has a long, rich history, beginning in the 11th century in France all the way to the first Wimbledon tournament held in 1877. However, have they been able to translate into success in the ultra-competitive sports betting world?

Match-Fixing Issues and How it Delayed the Sport

In the early 2000s, the Association of Tennis Players (ATP), Women’s Tennis Association (WTA) and tennis world were rocked with a variety of match-fixing scandals that negatively affected the sport and negatively stunted the sport’s rise in the world of iGaming. A Tennis Integrity Unit was set up in 2008 to combat the issue and lifetime bans have even been given out to players who have been found to have been involved. The issue is still not completely eradicated, as in June of 2021, another tennis player was accused of match fixing.

Due to this, the ATP initially banned tournaments from being sponsored by gambling companies but reversed that decision in 2020. However, athletes are unable to partner with iGaming Operators meaning there is still some work to be done. If sportsbooks intend to have more success with tennis, this is a major hurdle as bringing on key athletes could help increase exposure.

Outside of major sports like soccer and basketball, tennis is one of the more gambled on sports in Europe.

With two of the four major tournaments being held on their continent, along with a variety of other important tournaments, Europe has a strong history with tennis and it’s translated into sportsbooks.

However, while the market is burgeoning in Europe, the same can’t be said for the US. Betting on tennis in North America hasn’t advanced as much as it has in Europe. Westgate mentioned that tennis makes up less than 1% of their total sports handle, which is obviously quite a small share of a massive sporting market.

Similar to the PGA TOUR, excitement around tennis tends to revolve around their major tournaments, which is where most of the betting occurs on tennis. The weekly events have a lower profile and haven’t been able to generate the same betting excitement as the major tournaments like Wimbledon or the US Open.

Read More: The Accelerated Growth of Sports Betting in Golf

What Makes Betting on Tennis Unique

Despite some of the difficulties the tennis world has had engaging with bettors, there’s a lot about betting on tennis that is unique and should be emphasized to users to encourage them to get involved.

Unlike other sports, the tennis season lasts far longer, going on for 11 months of the year. That means that’s almost always a game going on in some part of the world and something exciting for users to bet on.

The most unique element about tennis as a sport, which translates into betting, is that there are a variety of court types that the sport is played on. Whether it’s clay, grass or a simple hard court, the different courts add an element of strategy to betting that other sports can’t offer. When Rafael Nadal, the Spanish superstar currently ranked 5th as of May 2022, is playing on clay where he absolutely dominates, it’s a very different proposition to when he plays on any other court. This adds a lot of intrigue to betting and sportsbooks should consider emphasizing this! 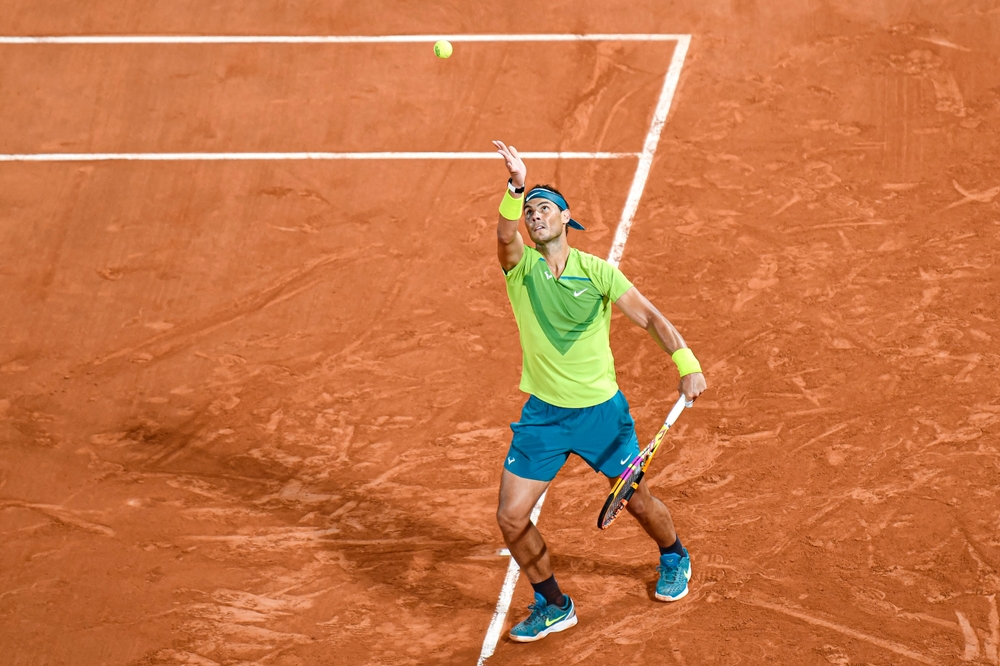 In the same line of thinking, tennis players have a variety of different play styles, which can make for exciting betting on either the game itself or different player props. For example, if you’re watching American tennis legend Serena Williams, you may want to look at prop bets on her terrific serve! There are also unique prop bets available for the whole tournament, so users can select other interesting bets like choosing which round a player will be eliminated.

Key Takeaways - Can They Learn from the PGA TOUR?

While tennis experienced more of a slow start when it came to the iGaming world, it’s long been a force to be reckoned with in certain geos. While Europeans bet on the game far more than the US market, tennis is still in a growth stage.

If the federations associated with tennis can make the right partnerships and promote the exciting aspects of betting on tennis matches, there’s no reason it can’t be as popular to bet on as golf has become. The sports share similar characteristics, like having a single athlete to bet on and four major tournaments that drive most of the betting spend for the year. The PGA Tour has been aggressive with their marketing for gambling in their sport and could be a clear parallel for the ATP and WTA.